Well here we are, After 3 weeks of testimony from various state department personal it appears Trump has no real defence.

He did admit to the phone call in which it is said that he was bribing the President of Ukraine ,

Offering him the millions in military aid that was already authorized by congress.

Money Ukraine should have already received to help them fight off Russia`s advancement that was well under way.

Ukraine really needs this money and weapons they after all are at a ongoing war with Russia.

How cruel of Trump to put conditions on this aid package,

So he can try and get re elected by tarnishing Joe Biden’s  name, who Trump believes is his biggest contender in the 2020 presidents race

See Trump cannot play fair, Just like the help he got from Russia in our last election, He wants help again.

The only way Trump knows is cheating This is the most corrupt person this country has ever had in any office let alone our President.

Trump should be impeached, Not just for Ukraine but for all the things he has done since coming to office.

There are so much that we tend to forget, Remember how he back stabbed our country siding with Russia. Right on live T.V. ?

Remember how he diverted the military and had them stay at his expensive resorts  when it was out of their way to do so?.

And I will go out and say this I Think Trump is Quietly helping Russia advance their position against Ukraine by holding back this aid also.

Just like he did with the Turks by helping them to wipe out our allies the Kurds who battled against I.S.I.S. and lost many people helping us.

Why would I say that? Because Trump is all for Trump, And Trump owns Big properties in Turkey,

And no amount of Kurds lifes mean anything to Trump When his properties are at stake. And Turkey has long wanted to wipe out the Kurds,

And Trump handed them The Kurds on a Golden platter. What a P.O.S. This should piss off all Americans.

Turkey has never done anything for the U.S.A. But they have for Trump. They are Business partners with Trump.

Here Is The Trump Properties in Turkey. 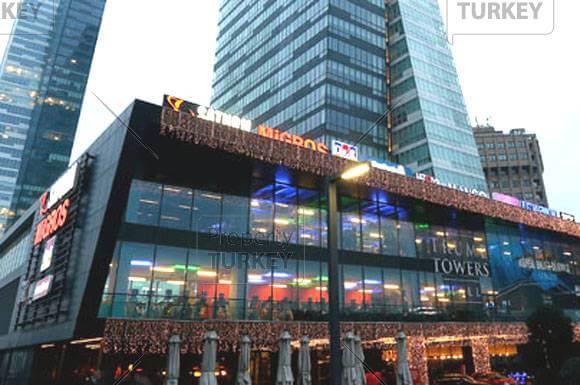 Trump Towers Istanbul are two conjoined towers in Şişli, Istanbul, Turkey. One of the towers is an office tower,

and the other a residential tower, consisting of over 200 residences.

The complex also holds a shopping mall with some 80 shops and a multiplex cinema.

They are the first Trump Towers built in Europe.

The President of Turkey hinted about problems that could arise for the Trump Properties if Turkey was not allowed access to kill and wipe out the Kurds, In Syria thats why Trump called for a immediate withdrawal of American Forces from Syria couple months ago. Americans were the only thing standing between The Kurds And The much Stronger Turks.

Check This Out for yourself nobody talks about this.

So the Question still remains Should Trump Be Impeached ?

We already know very well Trump Is for Trump nothing else matters even if Thousands of Kurds who helped us wipe out I.S.I.S  Lives are in great danger and only because of our looser greedy President is thinking only about his wealth Its Your Question to answer, I Know My Answer….

Will Trump Find His Way Our Of This One Too ?

Things Are Just Not Getting Better For Americans.

We have got to be the laughing stock of the World.   Well here we are again Mr.Trump acting like no laws effect him, He just goes off breaking the law almost daily as if it does not have any effect on him.

Talking about this impeachment, Republicans are saying there are not any real reasons to take up the impeachment proceeding, Mr. Trump has done nothing wrong, They say, The shake down of the Ukraine President was a Perfect Conversation Nothing Trump said had anything to do with trying to strongarm the President of Ukraine. Besides so many people were listening he would not think of such a thing.

Turns out Secretary of State Mike Pompeo was even listening to the call, But for some weird reason  he decided he first should lie, And tell everyone he knew nothing about the contents of the call. Seems everyone who hangs around with Trump turns to a liar. Why these people stick their neck in the noose for this Pitiful Man. Pompeo was in the head of his class at West Point. Graduated with honors at Harvard Law .

A Very accomplished man , Total opposite from Donald J. Trump. Why do they take his side ? It cannot be because they think he is telling the truth, I would hate to think our congress and senators are that fucking dumb. You got Pompeo, Then Bill Barr biggest ass kisser A.G. in this country ever. Then a real shocker Lindsay Graham John McCain’s best bro, flipping from Trumps a idiot to all in for Trump. McCain probably flipping in his grave.

Democrats wondering if this shakedown of Ukraines President is enough to impeach Trump ? I say thats nothing, Remember all the other shit this Orange buffoon has pulled off ? What about the Mueller Report ? Have We Forgot ? I THOUGHT THAT REPORT ALONE WAS ENOUGH.

I Dont think congress even got a un – redacted copy of the report yet. That obstruction there should be enough. Trump has obstructed congress every since he took office.

How about diverting our military to land near Trumps properties So he can overcharge our military for staying at his properties even though they are way out of the normal travel routes. We could literally go on all nite.

Not only should Trump be impeached There are a huge and rapidly growing bunch of folks that feel he should be in Prison. Among these folks are many many Law Enforcement Personal . And Prosecutors and Judges.

From a wide angle Trump has weaved a lawless lifestyle in which he runs his business more like the mob. Lets not leave out his numerous Tax scams that have been openly exposed, Where Trump carts off 450 some million Dollars from His Father Fred Trump partially  by running Tax Scams that fill The younger Trumps pockets with hundreds of Millions of dollars, Quite a bit more than the 1 million Dollar loan Donald said his dad loaned him to get started He said he had to pay it back. And he turned this small loan into a Ten Billion Dollar Mega Company.

Nothing could be further from the truth,

Trumps Base of voters that hang onto his B.S. And actually believe that hundreds of miles of fence has already been built on our southern border. Are blinded by something, Im not talking democrats and republicans here. No its more than that, Im talking Breaking the law, Breaking our constitution  And plain Morally bankrupt. Presidents of our great country have been by most part upstanding citizens that we hope our kids turn out to be like. With Firm trust, We as a nation mostly look up to our past presidents,

Just think what it would be like to have a president who was honest, Or not a embarrassment for our nation when he goes abroad. These things we have to worry about should not even be a issue. Ive never worried if our President is selling us down the river in my whole life till now !!  We Need To Pay Very Close Attention to whats going on with our President ,Im no scholar but in my opinion its going to get much worse before it gets better. These blinded people they call Trumps Base and most of the Republicans on the hill better wake the fuck up, I mean its obvious come on. This guy is going to get our country taken over if we dont get rid of him. Russia will be patrolling our citys

Sept 24 to Oct 23
powered by wpdailyhoroscopes.com